Affectionately known by its residents as the City of Lakes because of its four lakes, Benoni , east of Johannesburg, forms part of the Ekurhuleni Metropolitan Municipality along with Alberton, Boksburg, Brakpan, Edenvale, Germiston, Kempton Park, Nigel, and Springs.

As with many of Gauteng’s small towns, Benoni owes its existence to the discovery of gold on the Witwatersrand reef in the 1880s. Formerly farmland, it quickly became an important gold mining district and was officially declared the Township of Benoni in 1906, named after Rachel and Jacob’s son Benoni in the Book of Genesis.

Although Benoni doesn’t have the number of notable Art Deco buildings of its sister city, Springs, there is one fine example – the City Hall built in 1937.

Benoni’s first inhabitants were mainly British and Jewish settlers but today it has a fascinatingly diverse population. Mining has decreased in importance over the years so the town’s economy today is based on industry as well as being the service hub for neighbouring Boksburg, Brakpan and Springs.

Benoni is known for its fine schools – both private and government – and is reputed to have more horse stables than anywhere else in Africa. It’s also the former home of Oliver Tambo, one of South Africa’s great Struggle heroes, Oscar-winning actress Charlize Theron, the famous South African rugby player Bryan Habana, Princess Charlene, consort of Prince Albert ll of Monaco, and First Lady of Zimbabwe, Grace Mugabe among other notable residents.

Enjoy a unique shopping experience at the Lakeside Mall, a replica of a Mississippi steamboat, or stay on land at the family-run Northmead Square, known locally as just The Square. The Bunny Park, a magnet for children and one of Johannesburg’s oldest attractions, is nearby with hundreds of rabbits and other small animals.

Play a round of golf at the Benoni Lake Golf Club or if you need more action, have a go at one of the latest adrenalin sports and try dune boarding on a former gold mine dump, Mount Mayhem.

Springs
Once upon a time, by the late 1930s, some 50 years or so after the first discovery of gold on the Witwatersrand,...
Read More 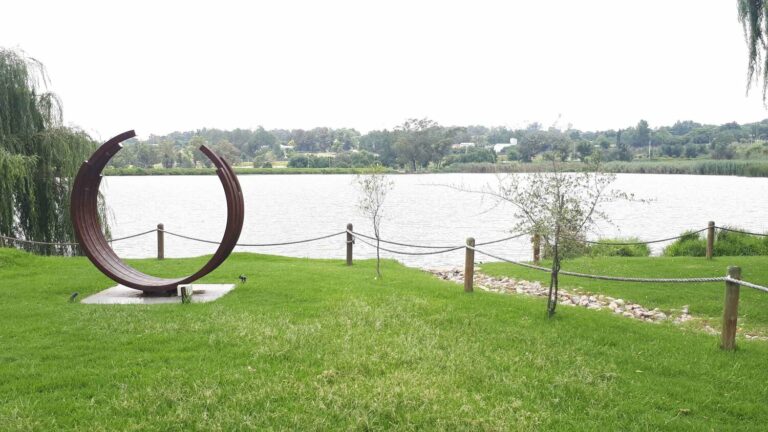 Modderfontein
With its acres of rolling hilly grasslands, forests and many dams, the Modderfontein Reserve is a haven...
Read More

Germiston
Named after a Glaswegian farm, the city of Germiston is situated on the Witwatersrand, southeast of Johannesburg...
Read More

Edenvale
Edenvale is a gritty neighbourhood with a sizeable Italian community and high-quality delis and family...
Read More

Springs
Once upon a time, by the late 1930s, some 50 years or so after the first discovery of gold on the Witwatersrand,...
Read More