The Cradle of Humankind, one of South Africa’s eight World Heritage Sites and the only one in Gauteng, is approximately 45km north-west of Johannesburg.

The Cradle of Humankind, one of South Africa’s eight World Heritage Sites and the only one in Gauteng, is approximately 45km north-west of Johannesburg.

It’s a 47 000ha area of rolling grasslands, gently undulating hills and rocky outcrops, and it was here some three million and more years ago that hominins, the early ancestors of humans, roamed, made fire and fashioned stone tools. (Hominins belong to the group consisting of modern humans, extinct human species and all our immediate ancestors including members of the genera Homo such as Australopithecus, Paranthropus and Ardipithecus.)

There are 15 important fossil sites within the Cradle, including the world-famous Sterkfontein Caves, site of the world’s oldest and most continuous palaeontological dig.

In this network of limestone caves Mrs Ples, a 2.1-million-year-old Australopithecus skull was discovered in 1947; Little Foot, an almost complete hominin skeleton was chipped out in the 1990s; and as recently as 2015 Homo naledi, a previously unknown species of extinct hominin, was discovered within the Rising Star cave system. All these fossils are known to be precursors of early humans, Homo sapiens, and are indicators of the complex journey that humankind has taken from its origins to the present day.

Two-million-year-old stone tools have also been discovered here, as well as a collection of burnt bones that scientists believe are conclusive evidence that our ancestors harnessed fire (energy) here – a crucial technological innovation that ultimately led to men on the moon.

Visit the network of the Sterkfontein Caves first to get an understanding of context (not if you’re asthmatic, claustrophobic or too bulky because there are small narrow spaces to navigate) and you’ll almost certainly see a palaeontologist or other scientist chipping away at rocks. It’s believed that there are still thousands of hominin, plant and animal fossils yet to be discovered in the 200 caves of the Cradle.

Be sure to browse the small but good exhibition centre at the caves before making your way to the nearby award-winning Maropeng Visitor Centre with its visitor-friendly interactive displays that encourage you to “Imagine”, “Explore”, “Contemplate” and “Discover”, the words inscribed on the concrete columns you see as you approach the site.

Maropeng is housed in the Tumulus Building, reminiscent of an ancient human burial mound. You enter through the front of this mound into a huge exhibition space, but when you exit and look back, the same building has now been transformed into a hi-tech, futuristic structure that reinforces the idea of our human journey from ancient to modern. You’ll also be overlooking a landscape dotted with plains game as far as the eye can see with spectacular views over the Magaliesberg.

However, “the Cradle”, as it’s affectionately known by locals, is not only about our fascinating human past – it’s also set firmly in the present. A favourite weekend and holiday destination for Johannesburg and Pretoria, outdoor activities of all kinds abound, from cycling (there are great cycle trails), horse riding, fly-fishing, hiking, hot-air ballooning, adventure caving (with expert guides), rock-face abseiling (try a moonlight abseil), to kloofing, scrambling and climbing.

More leisurely pursuits include picnicking, birdwatching, eyeballing big game at the Rhino & Lion Nature Reserve, spending time at the Lesedi Cultural Village to learn more about South Africa’s rainbow nation, or enjoying a meal at any of the area’s wide variety of restaurants. 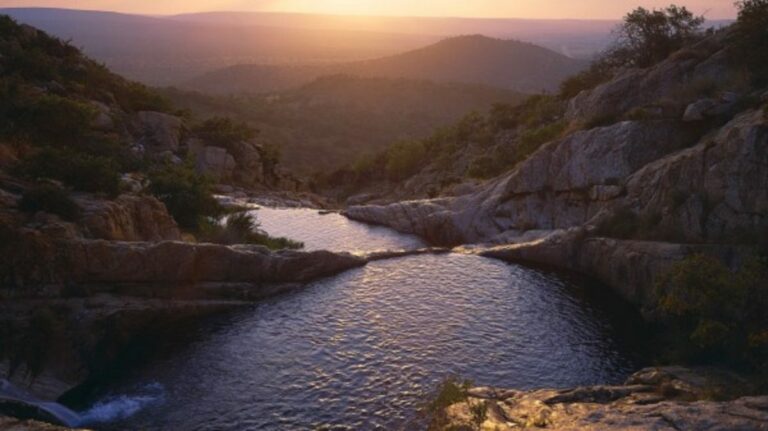 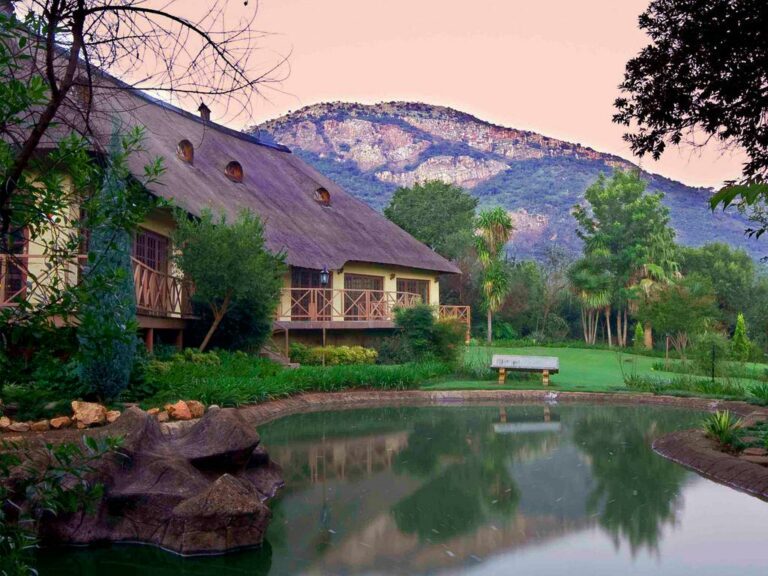